Behind the scenes and on the runway at DIOR HAUTE COUTURE SS20.  “What if Women Ruled the World?” Dior creative director Maria Grazia Chiuri’s inspiration for the collection is drawn from Iconic American artist Judy Chicago. 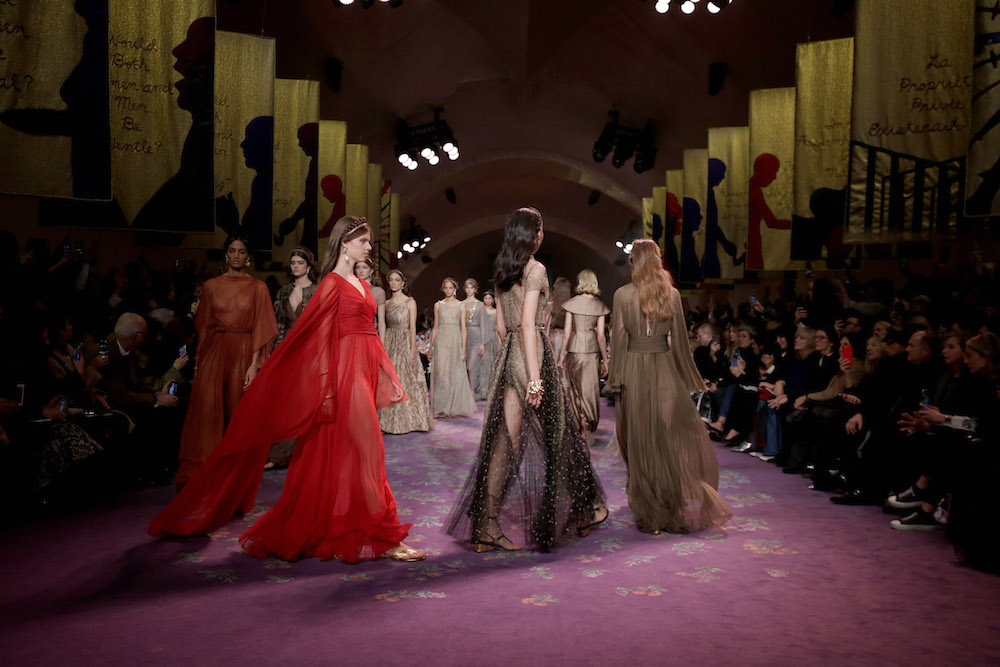 “The Female Divine, an installation specially designed by Judy Chicago for the garden of the Musée Rodin, sets a stage and a monumental artwork.  Dior creative director Maria Grazia Chiuri highlights the vision of a pioneer, a founder of American feminist art, as the revivor of a triumphant, divine conception of femininity, mistress of her destiny. At the invitation of Maria Grazia Chiuri for the Dior spring-summer 2020 haute couture show, Judy Chicago designed a spectacular set resembling a sacred environment with a series of banners that pose a series of provocative questions.” 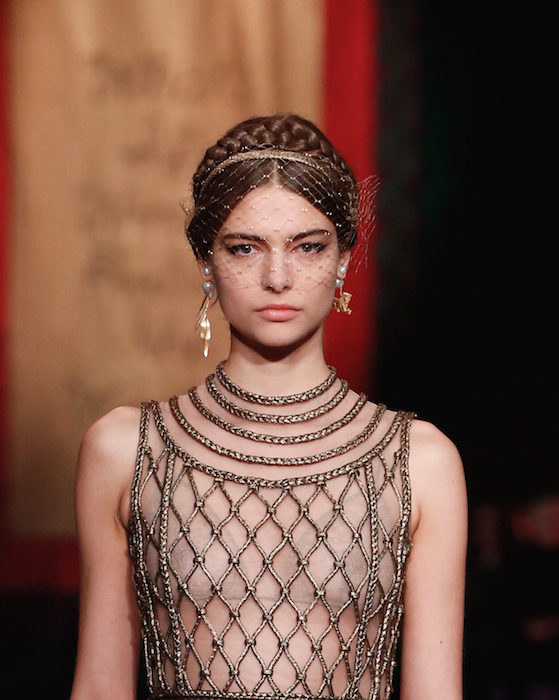 The Female Divine is conceived as a proposition: that of an alternative history which sees the matriarchal principle (observed by anthropologists in societies up to the Bronze Age) continue to the present day. Judy Chicago invites us to reconsider the roles and power relationships that determine, through the lens of gender, the way we live together today. This anthropomorphic architectural structure notably harks back to one of her most memorable pieces, The Dinner Party (1974-79), while raising contemporary issues.