Fashion lovers can smile big with these notes.  Opulent, luxurious, yes.   Zang Toi fashionable drama in an old school 3D form: the card to gift and receive.     A collab is born between iconic Malaysian-born fashion designer Zang Toi and Papyrus, the handrafted paper goods kings.  The launch of the most fabulous cards is going to launch during the NYFW ss17 womens shows in September.

Take a look at this minty fabulousness: 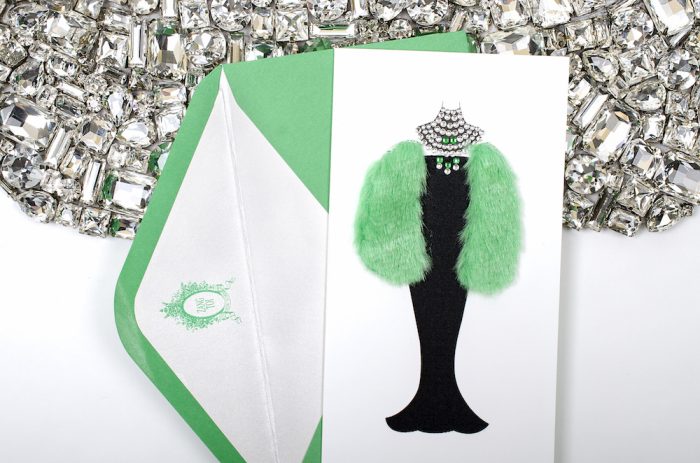 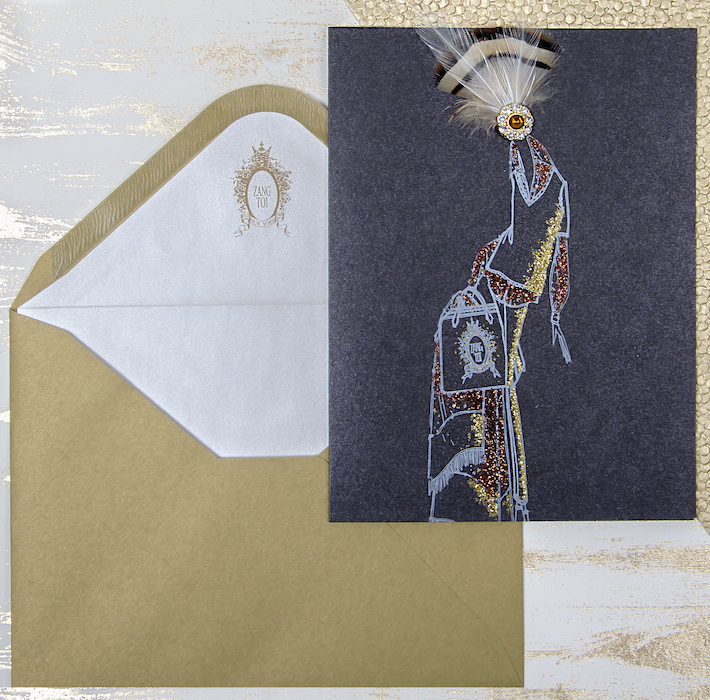 all that on an old fashioned card.   Priceless… 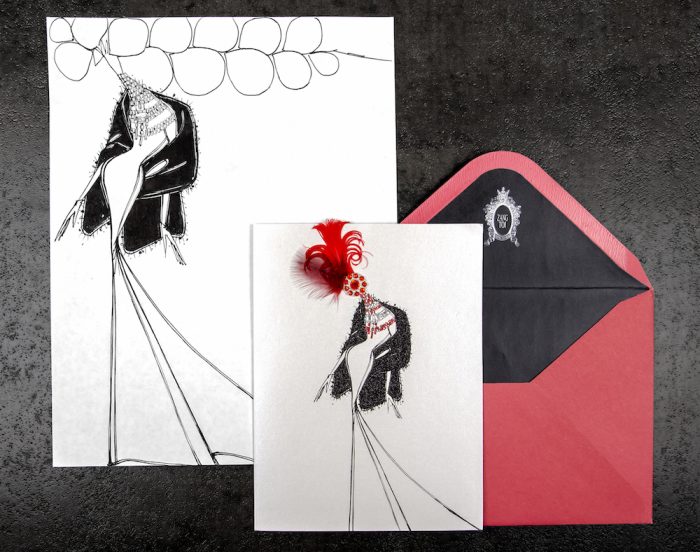