Each season, we always await for what The Blonds would bring to the table. The Blonds give the same excitement similar to Kanye at an award show, and on Valentine’s Day, the mystical show mesmerized a star studded front row featuring Paris Hilton, Cardi B and Adam Lambert amongst others. 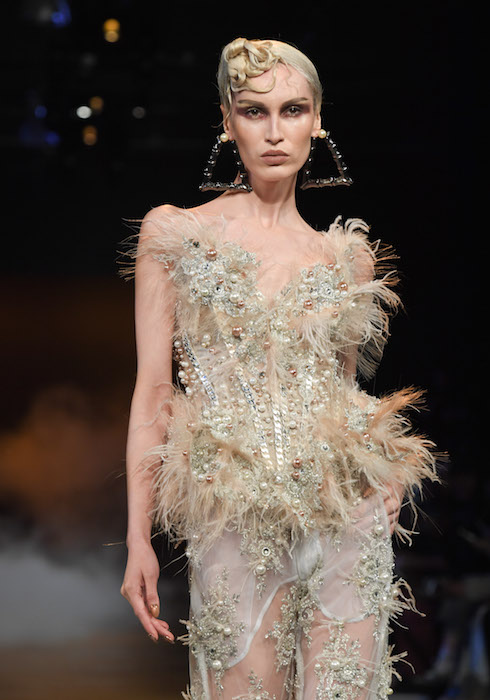 The collection was showcased with a juxtaposition of rhetorical embellishment and extensive layers of fabrics. For Fall 2017, the show can be simply headlined as: dreamy, over the top and extravagant.

The flawless finishings and details on each jaw dropping pieces is absolutely stunning. 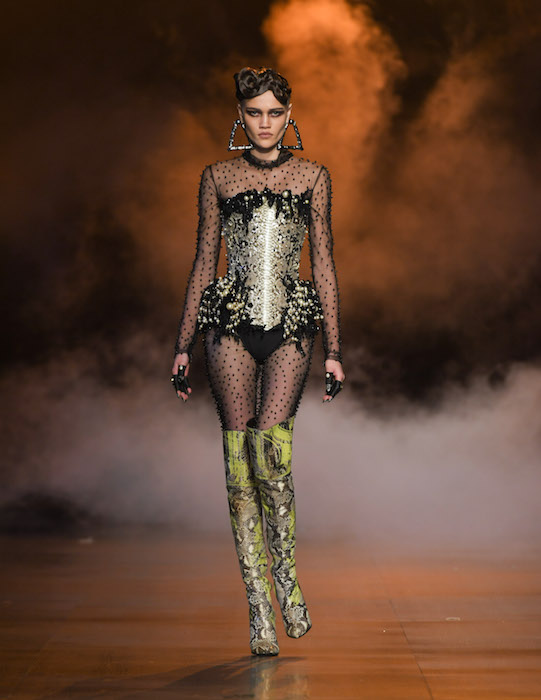 The sparkled collection used about 30,000 Preciosa crystals weighing 40 lbs. on 17 of the embellished looks, with some corsets weighing in at 15 pounds. The finale piece worn by Phillipe Blond as The MUMMY featured head to toe crystal embellishment. 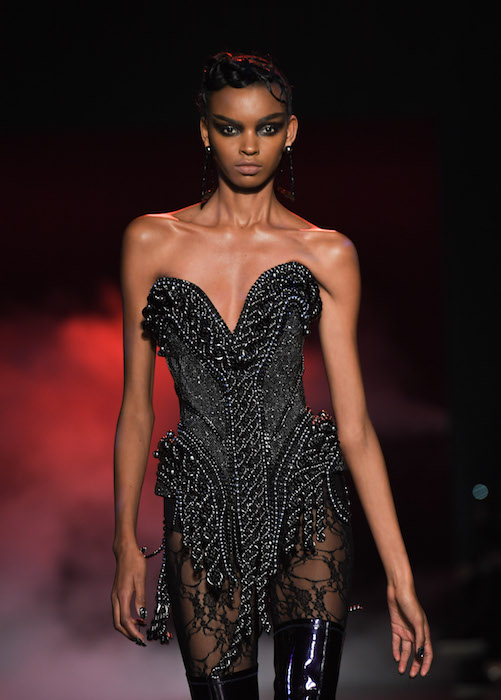 The nail techs for this show have reportedly spent 300 hours working on the manicured nail sets on the models; let that sink in.   Each nail was apparently hand painted by CND,  who created dramatic effects to compliment each look for the models which included stones and shimmery studs on the models’ fingertips.

“For this show, we have actually decided to forego jewelry on the wrists and hands altogether because we really wanted the nails to serve that key purpose”. – Philippe Blond

Alas, The Blonds did it again.  The over the top pieces, dramatic theatrics, and festive vibe won everyone over. 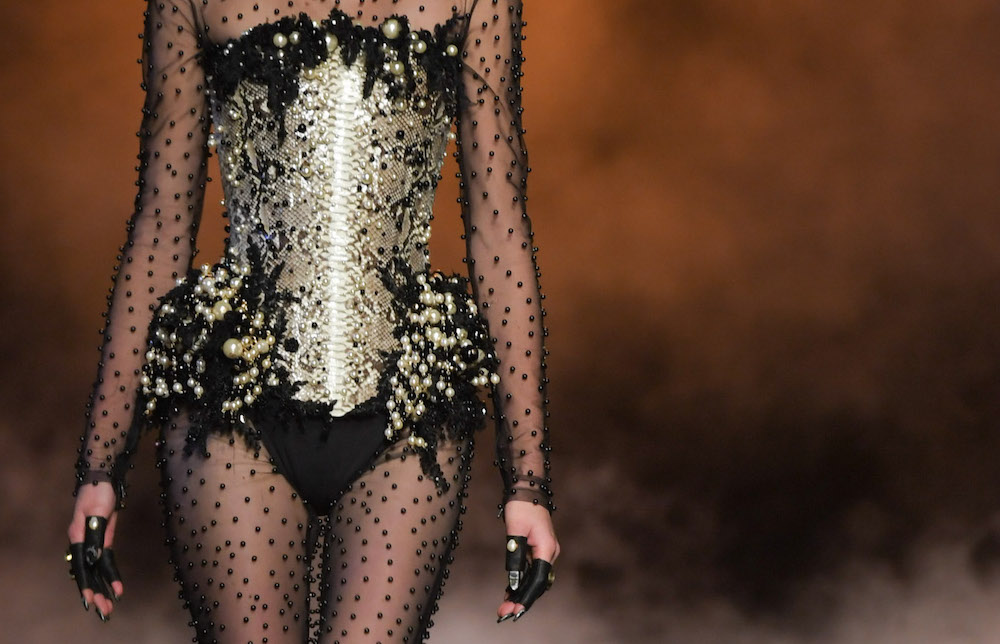