Tattoo art as a form… from the studios of some of the world’s most prominent tattoo artists, Peter Mui collection of original art comes to Guernsey’s this week.   As a collaborator and friend of the late Peter Mui, I had the privelege to see some of these works including Japan’s Horiyoshi III, Horitomo, and Horitoyo and Swiss artist Filip Leu up close during our meetings a few years back.

No longer relegated to the human body as a canvas, examples of original Tattoo art can be found in a number of the world’s leading museums. The stunning representation of visual design, and the largest collection of original Tattoo art will be sold by the NYC-based Guernsey’s Auction House,  in the first-ever auction of its kind on November 13/14 in NYC’s Meatpacking District. 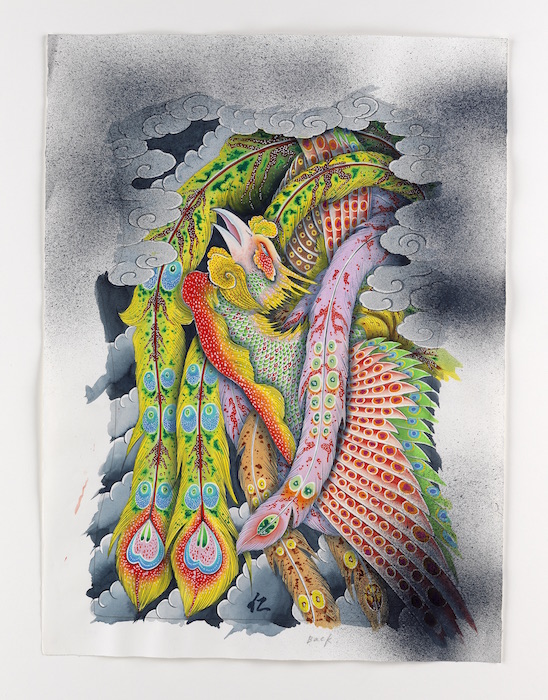 about: The late Mr. Mui was a highly-regarded fashion designer, actor, and musician. His Collection, which will be sold in more than 1,000 unreserved lots, is believed to be the largest collection of original Tattoo Art created by the world’s most accomplished Tattoo artists. For over 15 years Mui traveled the globe seeking out acknowledged Tattoo masters. His Collection consists of original works on art board, canvas, and paper by noteworthy artists. 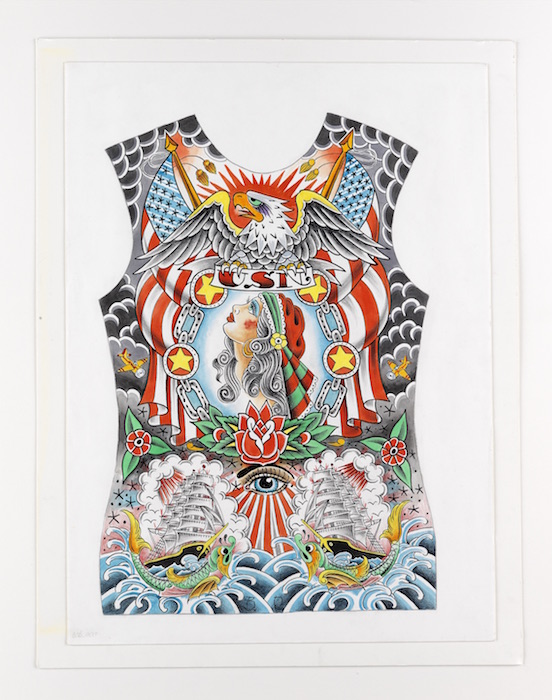 The majority of the art in the Mui Collection exists as full (often vivid) color, torso-sized original paintings consisting of extraordinary images and designs. Smaller images known as “Flash Art” will also be included in the sale.

Peter Mui’s sudden and premature passing in 2009 left his family with his massive, archivally-maintained, totally unique Collection. In as much as Mui was a participant at Guernsey’s events, it was only natural that the family contact that auction house.

follow us for up to the minute curated fashion.