Defining adulthood on her own terms, SCARLETT JOHANSSON covers Glamour May issue.  On the verge of turning 30, the Captain America star “opens up” about feeling savvy about work, sane about love—and super-heroically all grown-up. The forever sexy girl shares a few smiles.. 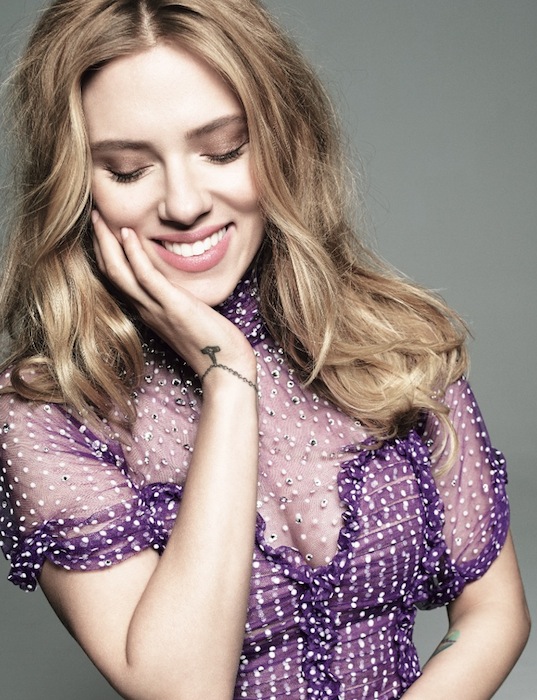 “When I made Lost in Translation, I was 17, and now I’m 29…. I think I’ve been ‘in my early twenties’ for, like, over a decade! That’s a normal side effect of being a young actor. You’re captured in a certain time of your life, and it’s hard for people to move past that.”

Scarlett on her role in Captain America: The Winter Soldier…
“I had some pretty rad fight sequences in Avengers, but a lot of the fighting in Winter Soldier is hand-to-hand. It’s brutal, street-fighting style… such a weird thing: I kinda got career-sidetracked in the superhero lane—happily! But I never thought I’d have, like, sports injuries.”

Scarlett on why she doesn’t like the nickname ScarJo…
“I associate that name with, like, pop stars. It sounds tacky. It’s lazy and flippant. And there’s something kind of violent about it. There’s something insulting about it.”

Scarlett on how she’s different after her divorce from Ryan Reynolds…
“I feel I know now more of what I need in a relationship, what I want in a relationship. And I know I have more tools to communicate, not just with my partner, but with myself. That’s not necessarily any reflection of who I was married to or what was happening in my marriage, but really where I was in my life.”