a peek at what’s happening in REBECCA TAYLOR‘s world:  in COLLABORATION with EMPIRE HOTEL on FDM : REBECCA designed a special occasion signature dress that will be worn by the hotel’s Fashion Week ambassadors during this upcoming fashion week –BRIGITTE SEGURA. The Empire Hotel is proud to bring back its Fashion Week ambassadors in time for the neighborhood’s second Mercedes-Benz Fashion Week experience in February 2011, located nearby at 44 w 63rd st, and stationed in the lobby from 6am-11pm during fashion week, with the 411 of of hotel happenings at the homeland all of the events and shows taking place at Lincoln Center.  The Ambassadors are armed with all fashion week necessities including the Lincoln Center plan for the shows, maps + kits for any fashion mishaps… 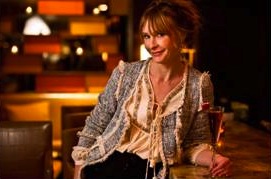 ABOUT the REBECCA TAYLOR DRESS: The dress is inspired by the hotel’s chic interior which boasts hues of black and gold. The strapless bodice features a chic nude silk with jet black lace overlay.  The back of the silhouette is adorned with a cross grain rhinestone detail and exposed zipper which is perfect for any fashionable evening out.  Rebecca Taylor & The Empire Hotel will be auctioning off each dr 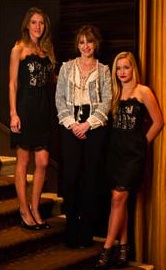 ess after Fashion Week with all proceeds going to REBECCA’s favorite charity.

COCKTAIL HOUR:   The Empire Hotel is also bringing back its Fashion Week cocktail menu.  The hotel has created “Rebecca’s Royal Empire” in honor of the designer’s face recipe… at the hotel lobby bar with a full Fashion Week Cocktail menu for $15. EMPIRE HOTEL:  44 w 63rd st 212 265 7400