Aah while we’re contemplating when to start on our 2018 New Year resolutions, here’s a good one with gain and no pain, thanks. The topic of this wonder is the décolleté – the bosoms and anti-gravity tips, or in this case, sleep protection. Who knew there is a difference your “specials” need while standing | sitting during the day vs. during sleep. Nightlift offers a lift + protection while you snooze!

Just when you thought the wearing a bra to bed was so passé, it’s nouveau on another level ! thanks to Plastic Surgeon Randal Haworth, MD, FACS.  his NightLift® concept came about after discovering his patients who were wearing a bra to bed had firmer, perkier breasts with smoother, less wrinkled décolletages than those who were not.  After researching the traditional bra market, he realized the correct kind of support was not offered for the wearer it they were lying down… so he designed a pretty awesome solution in the form of a good ol’ brassiere – with some very new technology. 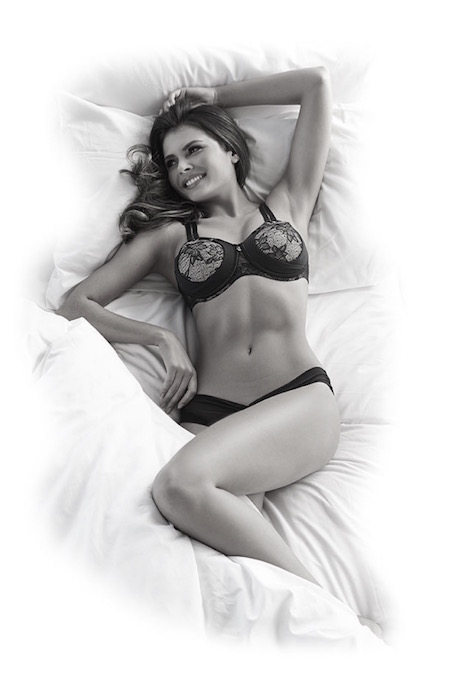 “Though brassiere design has been perfected over the decades, its basic function is to provide vertical support which solely protects the breast from the downward pull of gravity while in an upright position. Unfortunately, it does very little to protect the breasts when the wearer is lying down when gravitational stress is lateral (i.e. side to side).”

The idea behind the NightLift® concept by B.U.S.T.®, is a patented structural feature of Bilateral Uplift Support Technology.  A system that lifts, separates and stabilizes the breasts so they don’t move while the wearer is lying down.

from the editor: As a side sleeper, this made perfect sense, and that’s why I tried it out.  Here’s how my experience went:

Truth be told, the hardest part was actually trying it out.   This bra travelled with me over 2 holidays, as I was trying to plan out when the debut was.  It felt more like a project I needed to start because I wanted to monitor my lift.

The first night:  my biggest challenge!  I couldn’t figure out the double strap, I had it up too high, too tight, and it really felt like I was wearing an armour.

Day 2 : try-on went better, I got in the groove of adjusting the straps to fit more comfortably (dah).

By day 3 : I had mastered the comfortable strap placement and was able to wear it – so it didn’t bother me at all.    Plus, I was able to see some of the ‘side fat’ gravitating towards center. (i.e. didn’t see any!)  When I wore a bra later, I could see it fit with less “side” fat .   The first sign of inspiration!

After about a week: I definitely noticed a perky difference before the shower, where I could actually see the shape of the breasts moving more towards the center of my body, instead of outwards – and more perky! This made all the difference in a painless lift.  Two weeks and I’m happy!

But, the trick is, you gotta wear it – it’s a temporary fix… no bra, no lift – I skipped a couple of days, and the lift didn’t last.   But, the reward is so good, I’m wearing it as much as I can!  Even if you’re not a side sleeper like me, this DOES make sense in our sleep lives – and as long as you wear it regularly, it works.  Thumbs up !

NIGHT LIFT for the NEW YEAR written by Brigitte Segura.