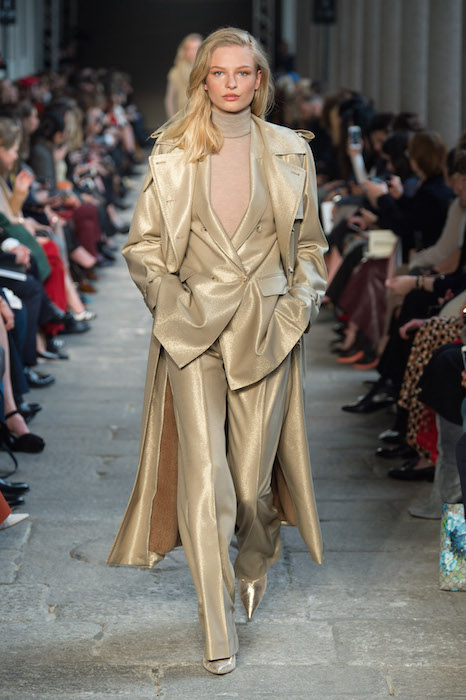 The show excudes variations of the empowered woman in a suit + trench with no limitations.   With a new hot topic of diversity in fashion, the runway cast in this show became a hot topic.   Kinglimaa (Halima Aden) and the head wrap captured the interest and attention globally- it seems even more than Gigi and supermodels.  Here’s a few of the favorite looks. 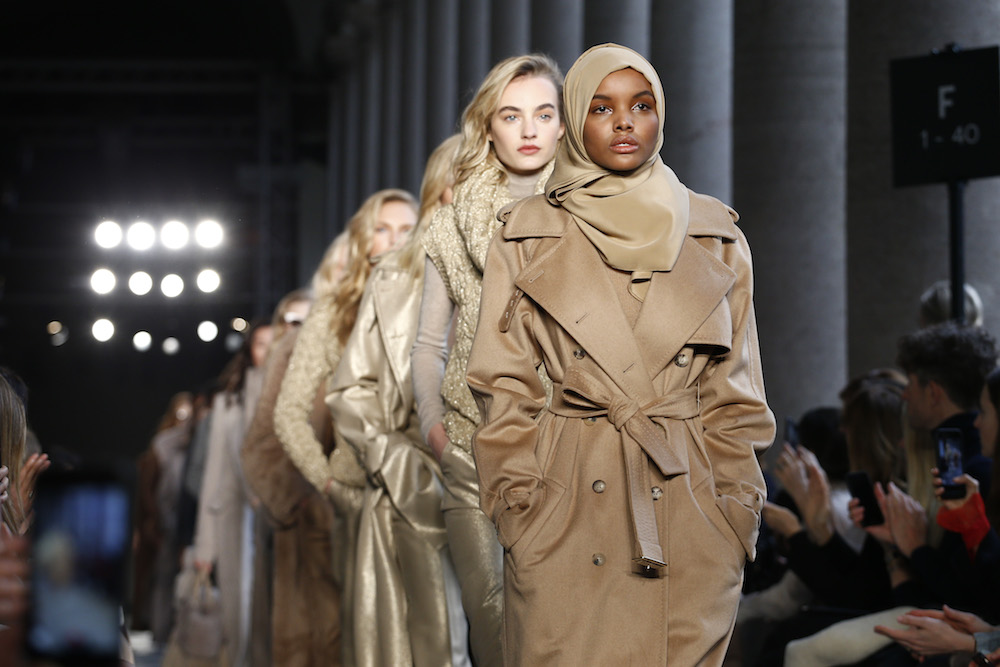 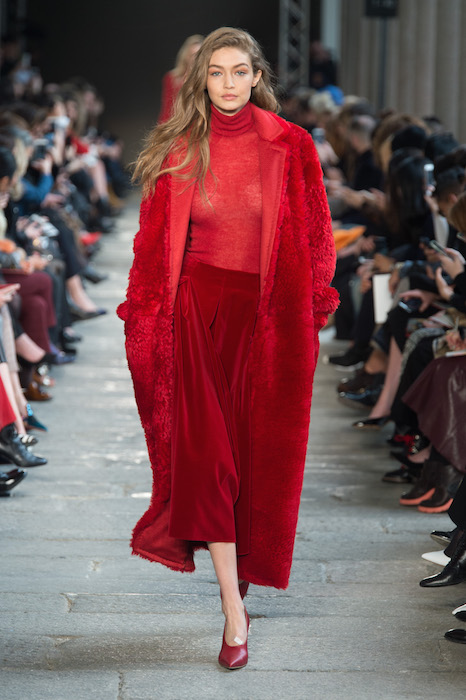 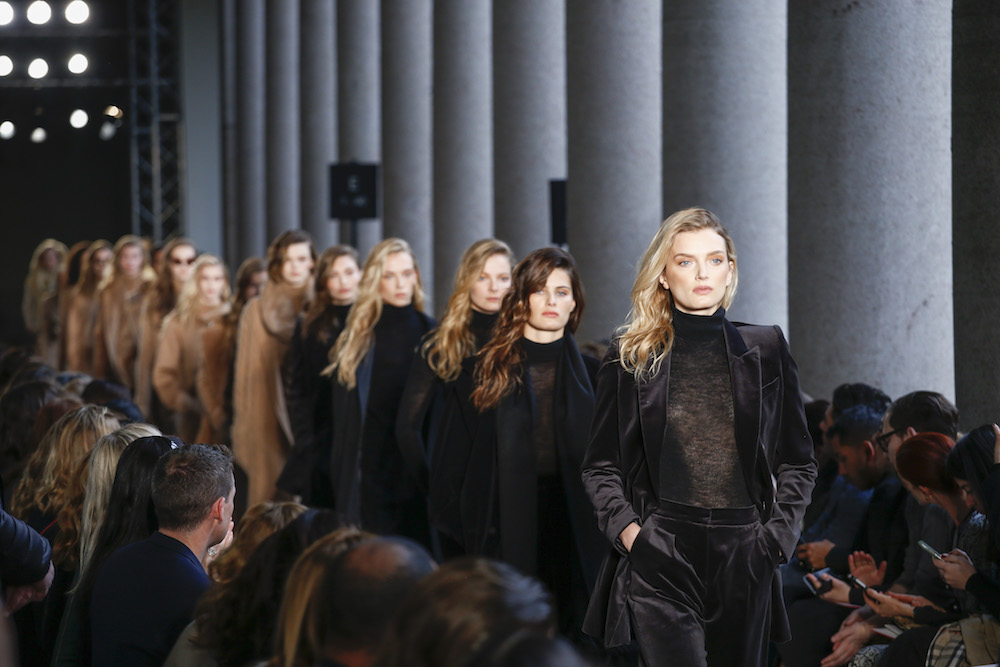