Kirna Zabête is opening its new store at 477 Broome Street, SoHo. The modernized space is almost double the size of the former Greene Street location, which now boasts a wall of neon signs.  The warm mantras in the entry include “Leave looking lovely,” and “Life is short, buy the shoes”.. giving you just the right mood.

Co-Owner Beth Buccini shares, “The additional square footage makes a significant difference. The new Kirna Zabête is on one street-level floor, allowing the collections to breathe.” 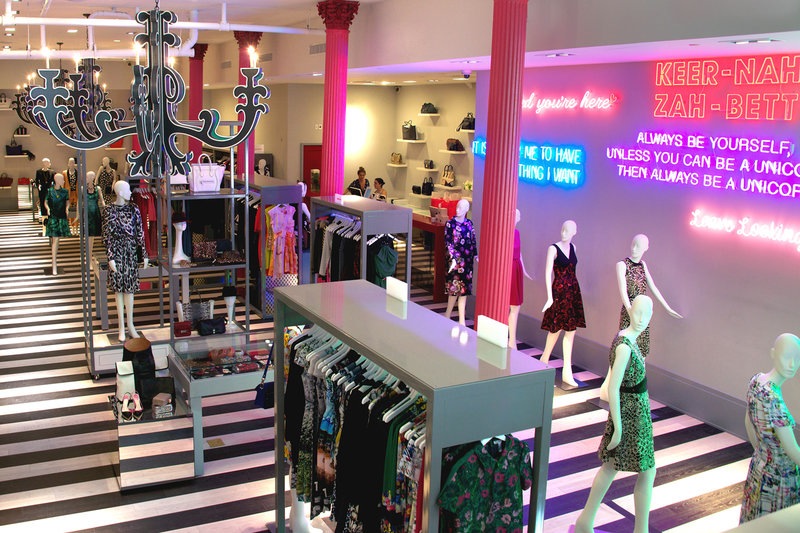 The opulent fixtures were carefully selected – from the graphic black and white horizontal striped hardwood floors and fuchsia Corinthian columns to the 6-foot wide black lacquer chandeliers with pink shades.  Owners (Beth Buccini and Sarah Easley) with the help of Steven Gambrel, designed the 10,000 square foot space. What better place to carry out this expansion other than with a fab new designed home. Kirna Zabête New SoHo location written by Natalie Barry.