There’s no mistake GAULTIER went for the butterfly effect for his HC collection this season.  Equipped with dimensional head gear to make us want to fly, Jean Paul Gaultier’s Haute Couture spring 2014 collection makes us stop and say wow- now that looks like couture.  Not that we aren’t thrilled with Dior and Chanel modern day couture this season, but there is something so ravishing and “fantasy” about major drama on the runway. 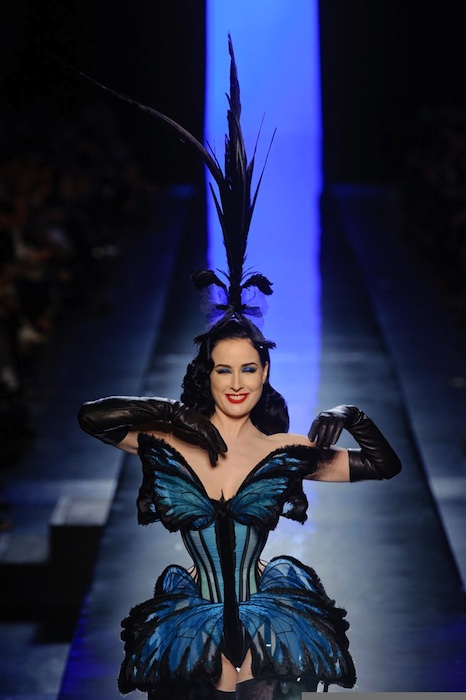 .. and JPG serves it up, 80’s style.   Butterfly-inspired silhouettes with shaped and draped pieces give a girl a reason to walk into a room and command attention.  The models on the runway exude an elevated air of “confiance.”  Joan Smalls looks more stunning than ever, Lindsey Wixson vibes the vixen so naturally.   Even the more “shy” models like Anais Pouliot and Sasha Luss transform beautifully into confident women, owning the couture looks on the runway, convincing us, yes – we can work this. 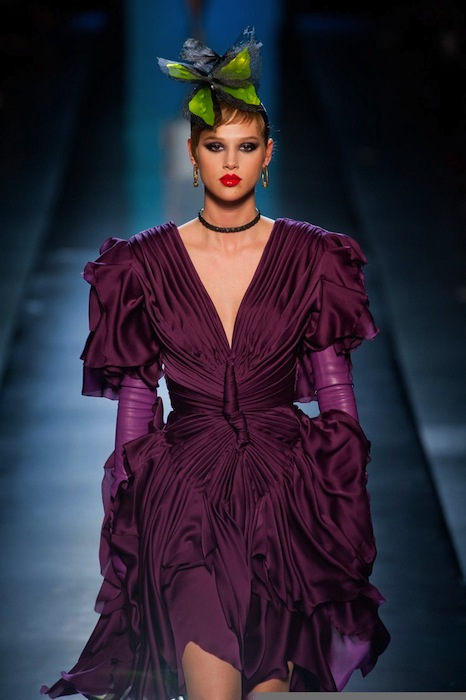