A peek at the girls in the spring 2018 menswear shows.   Is it just a unisex | no gender statement in fashion, or are designers trying to expand into womens too.    Though it seems like a great idea, it’s a bit of a confusing statement in general.   Are the girls just supposed to look masculine?  Or is the show statement with men accessorized by one or two girls. 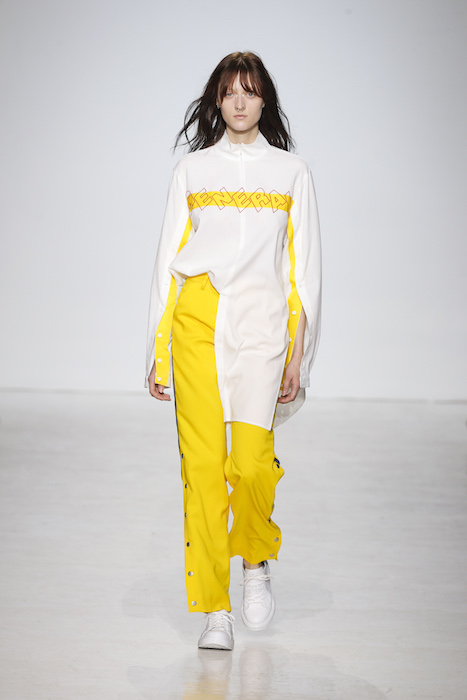 With another look at the girls on the mens runway, flaunting some fresh looks from NYFW:Mens and NYMD, here are a few eyecatching moments  from Matiere, Sanchez-Kane, Nick Graham, LPDNY, R. SWIADER, General Idea and Kenneth Ning. As a fond follower of menswear (and borrowing mens clothes), I can’t help but WANT some of the pieces just for me – but girl models, your not so happy face isn’t making me want to look twice. 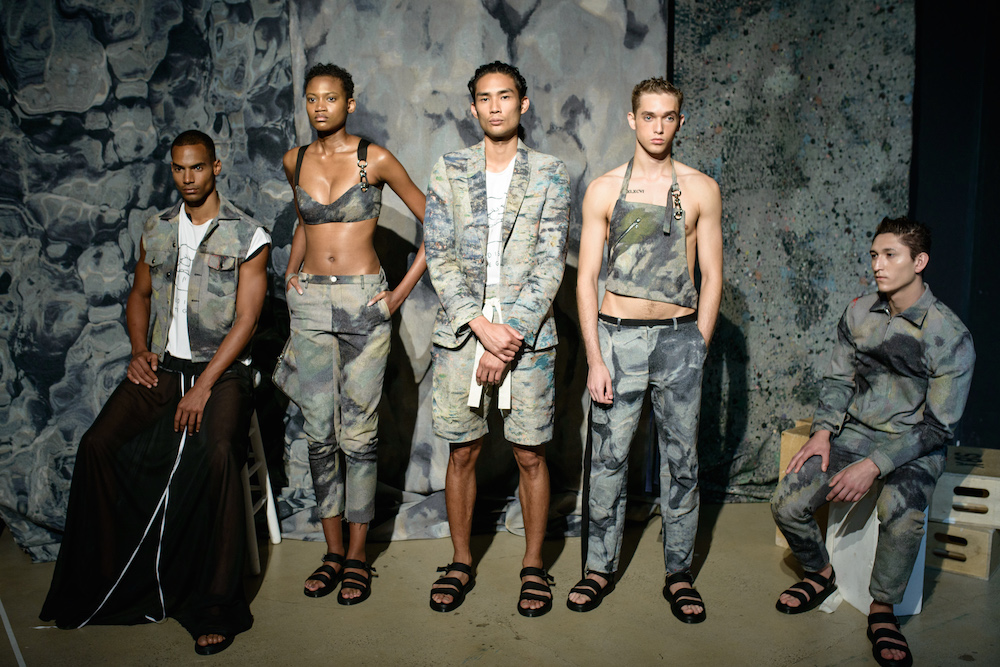 One designer that really made an effort to give a girl X boy complimentary combo was Carlos Campos Menswear.   The color blocks and pieces were designed with a menswear perspective, created for a woman.   And though the meticulous detailing in Campos style is evident, the drape could have used a little extra flattery for a woman. 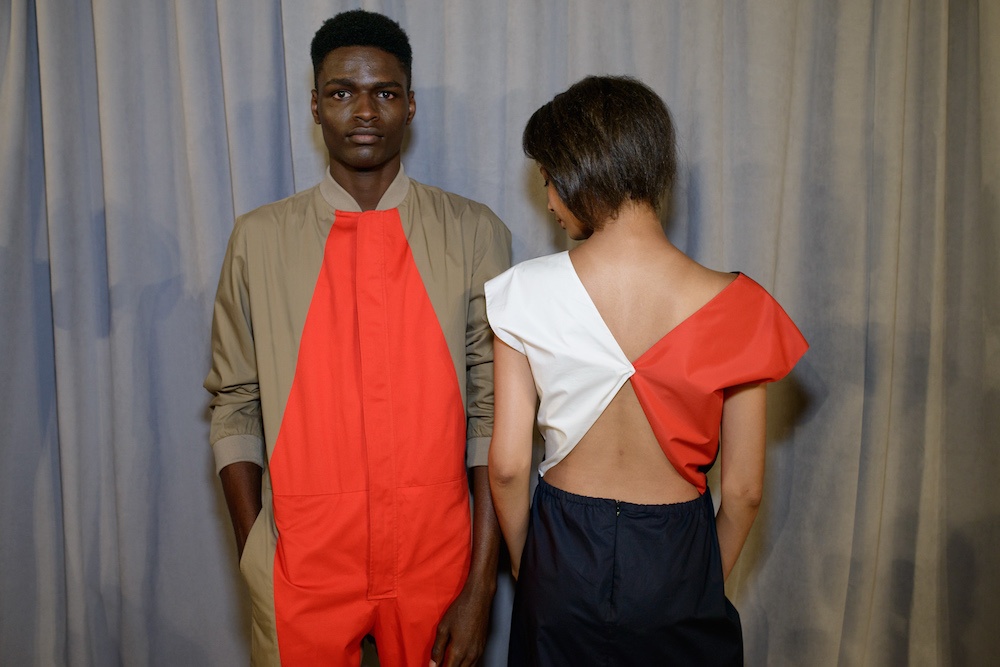 Since the summery vibes weren’t specifically a tailored suit,  the looks presented were eye catching in color combos much in the Campos style we’ve grown to love.  The obvious transformation of a mens point of view into a women’s collection was really attractive, yet it a little adjustment to actually flatter is what I’d like to see.   The idea that it was made for a coupled pairing was attractive, minimal yet romantic, which to me is who the man is behind the label.

Another brand that made an beautiful collection that was created for men and women was GENERAL IDEA.   This was perhaps one of the only designers that took into consideration the aesthetic of females and males in union, complimenting one another and in a positive light.   Of course walking down the catwalk with golden boy and sweet spirited Michael Lockley can give a smile to any girl’s walk, but the girls genuinely looked like they flowed well and liked what they were wearing.   So is this the beginning of a unisex union?  This Korean designer made look like a perfect patterned union. 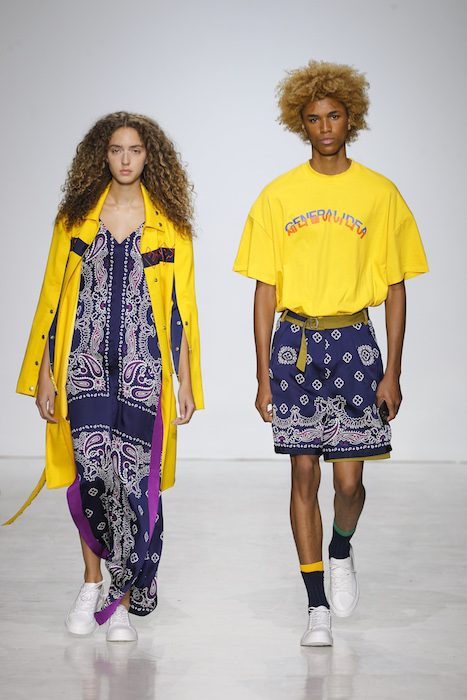 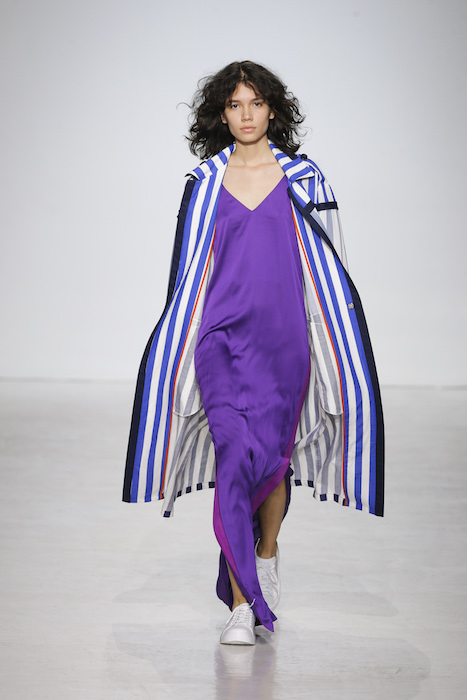 Note to girl models and show directors: Maybe it’s a look, maybe it’s a statement, maybe it’s tough trying to be around so many (hot) guys.   But girls, I’m not inspired by your grouch face.    So, whoever is giving the direction… keep it in mind, it’s not so inviting.   And neither is the huge sack with no life.   But, I still want  girls mixed in the shows, just don’t look at us like a side note.  That’s just not cool.

I don’t normally waste my time talking about what I don’t like, but there are a couple of clear disappointments all around.  It’s the serious face mostly that set me off and putting the girls in what looks like an oversized sack seems like a last minute throw in for attention.  The least that can be done is to tailor it to look right to flatter.  And girls, putting on a biatch face doesn’t make you have girlpower, it makes you look like you’re unhappy.  hello.

GIRLS on the menswear runway – is it all that? written by Brigitte Segura.