Emerging talent on the other side of the pond.   Keeping it fresh and quirky, Fashion East FW17 London presents Mimi Wade, ASAI,  Matty Bovan, and Supriya Lele.   From the pink panther kitsch to multicolor cheeky and shredded, the London Fashion Week runway is serving up the pop.   Here’s a glimpse of the young and the fabulous. 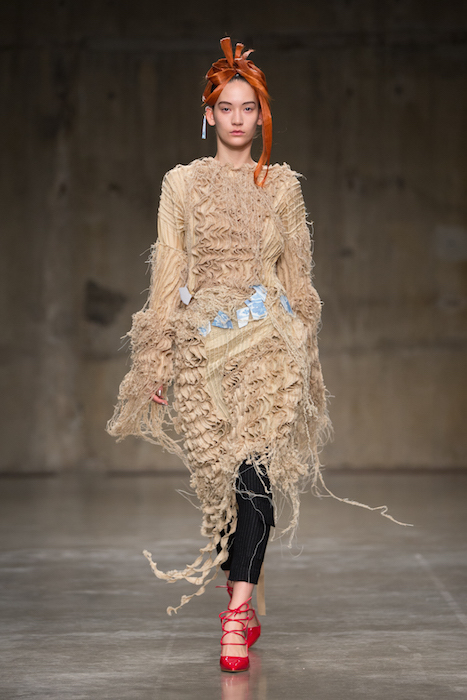 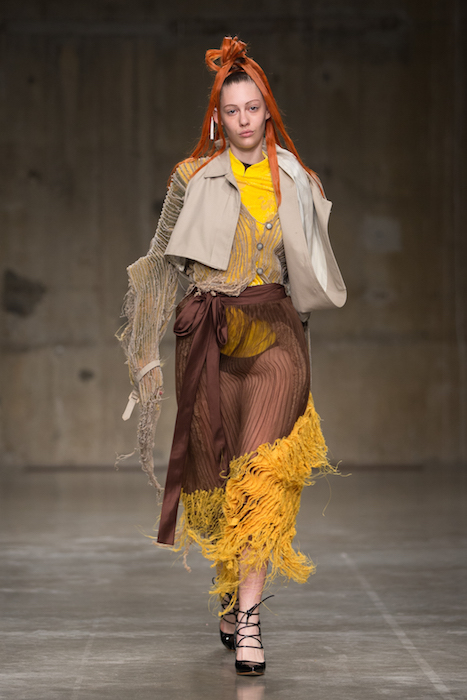 MATTY BOVAN  folklore signs and symbols. “Working with stylist Katie Grand, Bovan’s collection showcased his love of fabrics and colours rejected by conventional taste. Vinyl, velour and diamantes in a rainbow of synthetic and saturated tones were knitted, shredded, crocheted, woven and piled together with sculpted jewelry.” @mattybovan. 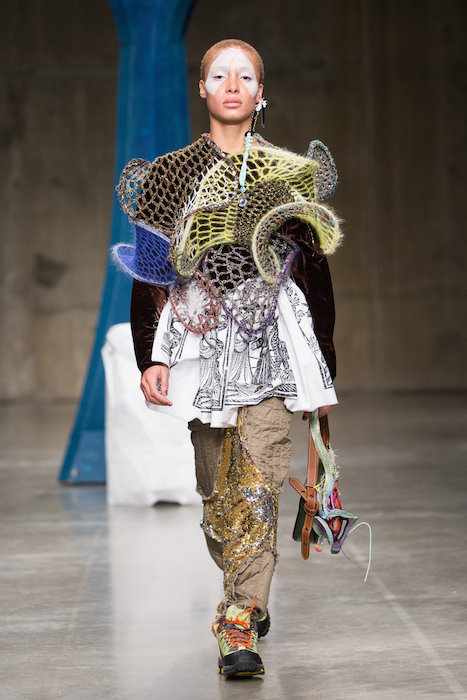 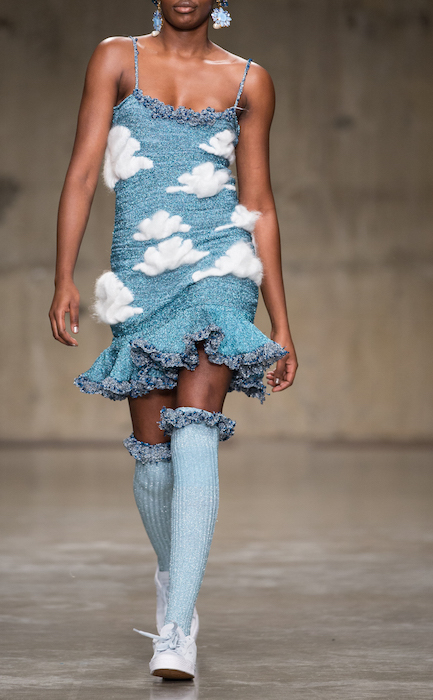 Supriya Lele ‘s debut collection at Fashion East (Royal College of Art grad in 2016).  The collection explores  “the duality between her indian and british cultural identity, and dialogues between the female body and its relationships.” (@supriya_lele). 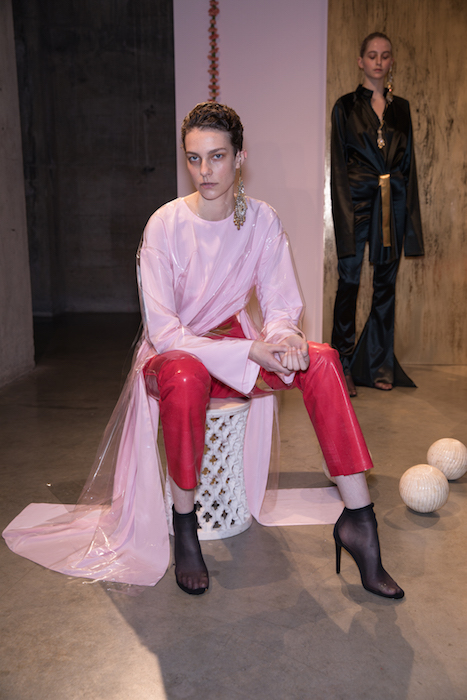 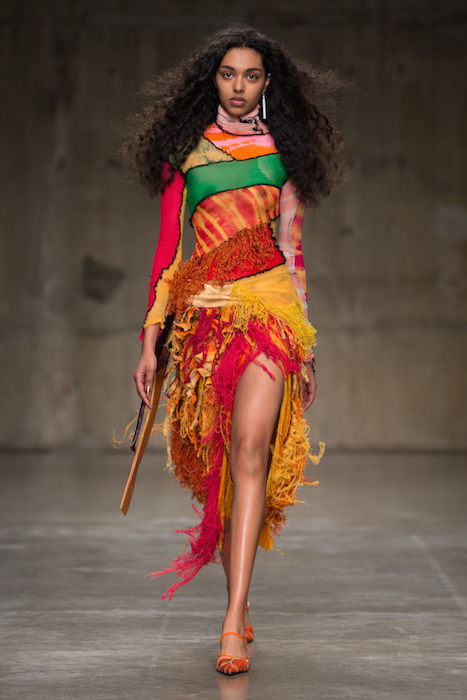