CARA speaks out: Be who you are, love who you love, and watch more “badass” women doing their thing onscreen.  Fave face model and fiery Leo Cara Delevingne talks about acting vs. modeling,  girlpower, friends including Rihanna and Adwoa Aboah, and celebrating ourselves. 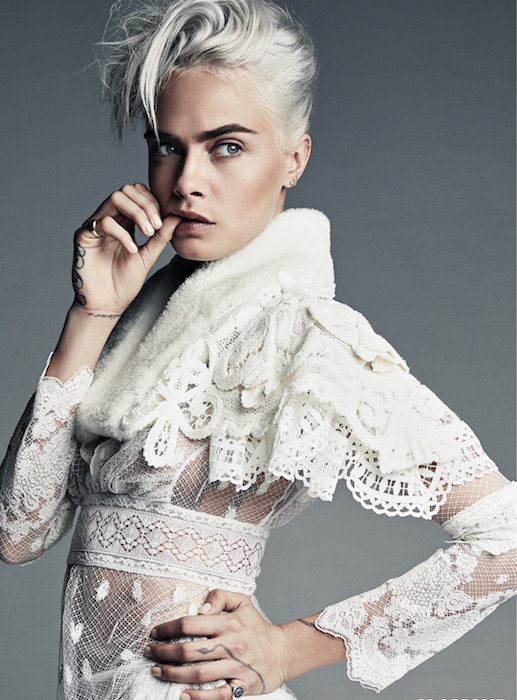 Delevingne on her sexuality…

“A lot of the friends I have who are straight have such an old way of thinking. It’s ‘So you’re just gay, right?’ [They] don’t understand it. [If] I’m like, ‘Oh, I really like this guy,’ [they’re like], ‘But you’re gay.’ I’m like, ‘No, you’re so annoying!’…. Someone is in a relationship with a girl one minute, or a boy is in a relationship with a boy, I don’t want them to be pigeonholed. Imagine if I got married to a man. Would people be like—‘She lied to us!’ It’s like, no.” 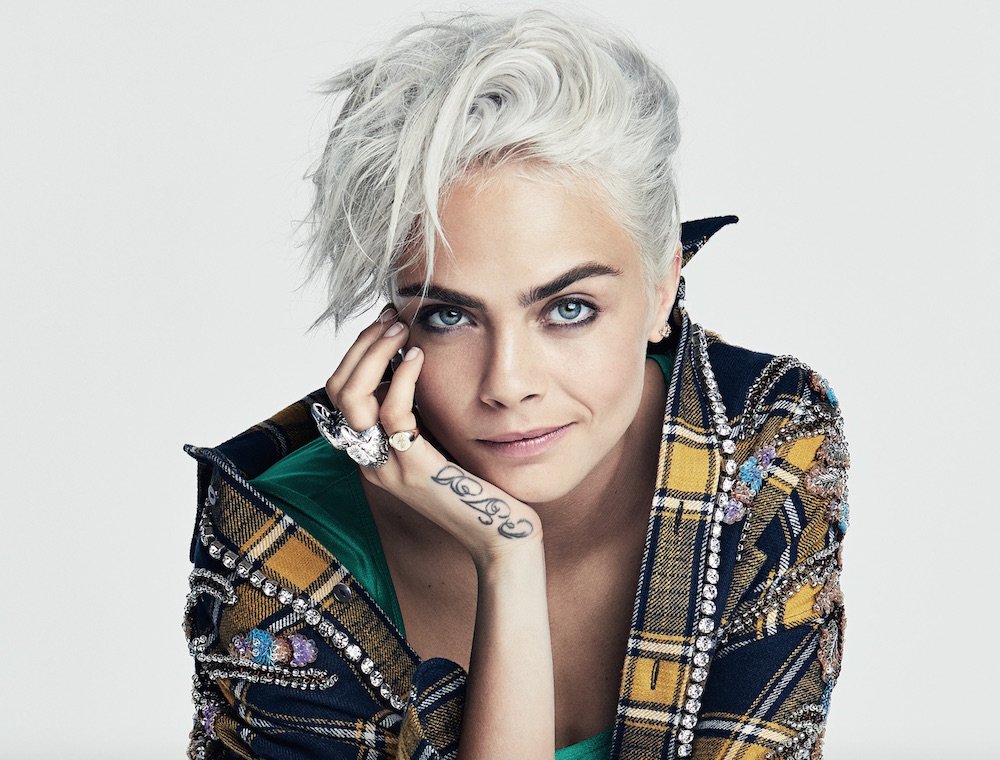 Delevingne on how sexuality has become easier to talk about…

“I know 13- and 15-year-old girls who are like, ‘I don’t know if I like a boy or a girl yet. I haven’t decided.’ And it’s like—[imagine] if I was able to comprehend [that at their age]. I am very happy how sexuality has become easier and freer to talk about, especially for kids.” 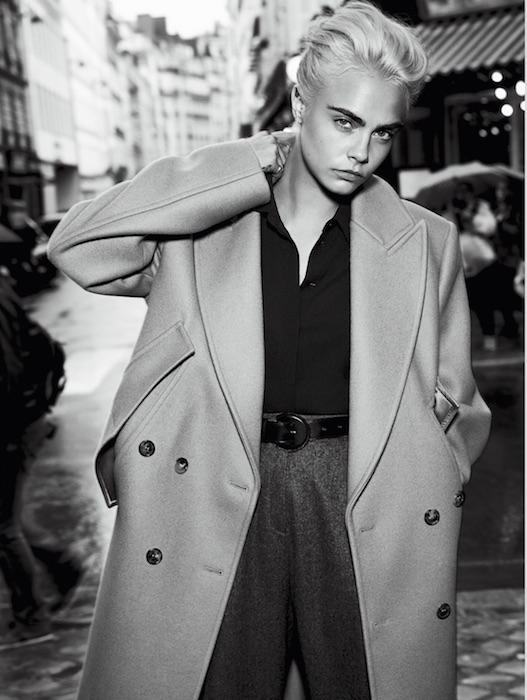 Delevingne on working with Rihanna on the set of Valerian…

“I’ve seen her work in the studio, in concert, in meetings. But to see her act was incredible. There was a moment where Luc was trying to make her cry, to be emotional. He was like, ‘Imagine that you get told that your song hasn’t gone to number one and your performance is really bad.’ I knew she wasn’t going

to give a shit—that’s not the way to get into her emotion. And she literally said, ‘You’re kidding me? I couldn’t care less.’”

Delevingne on acting versus modeling…

“I always say, modeling is something I do, whereas acting feels more like what I [am]. I have felt better than I felt in years, and that’s purely from doing what I love. Especially because, while I’ve been doing this film [the upcoming Life in a Year], I’ve been sober. Being completely clean and clearheaded has been so helpful with getting into character.” 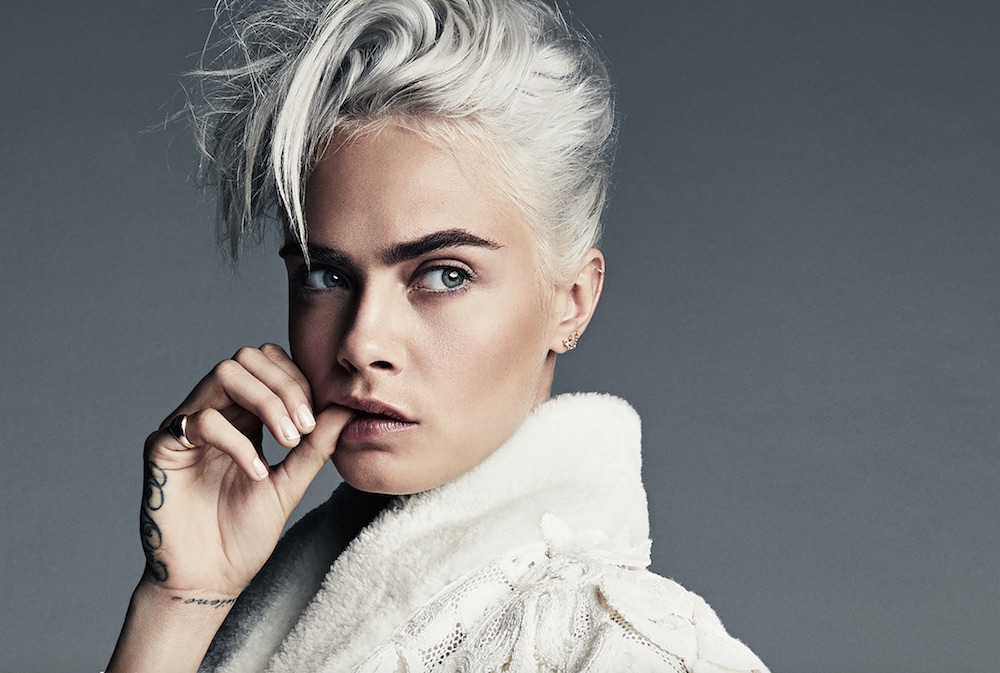 Delevingne on training for Valerian…

“We trained every day. I’ve never been so strong. You want to feel like you could actually kick a massive alien down! I meditated, I practiced yoga, I ate well, I slept a lot. You can’t embrace anything wholeheartedly without a clear head.”

“I tend not to dwell on the things people say. I’ve learned how bad that is for your well-being…. You get paranoid that people are going to make friends with you for a reason, that they want something from you. But never have I ever thought anything other than that we love each other.” 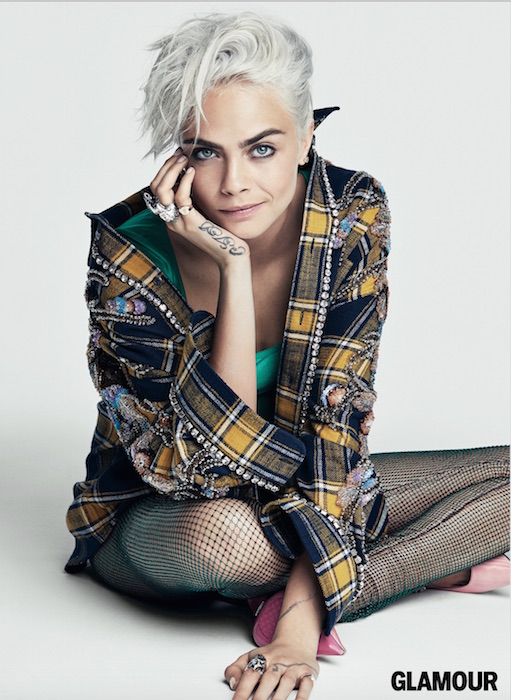 Delevingne on shaving her head…

Delevingne on compliments and self-confidence…

“Isn’t that the weirdest thing when you get pissed off [at a compliment]? Personally I take it as they are 100 percent lying. A man said to me, ‘Paper Towns is my favorite movie.’ I thought, I do love that movie, but I know you’re lying. He was a 35-year-old man! I was confused: Does he just want to see if I believed him or not? I just said, ‘It’s my favorite movie too.’ … I think each of us has to look at the root of the issue as to why we cannot feel good about ourselves often enough to celebrate ourselves. It’s larger than what’s happening in the moment of receiving a compliment. Everyone has to figure out why they don’t agree with what’s being said. It’s a self-confidence thing.” 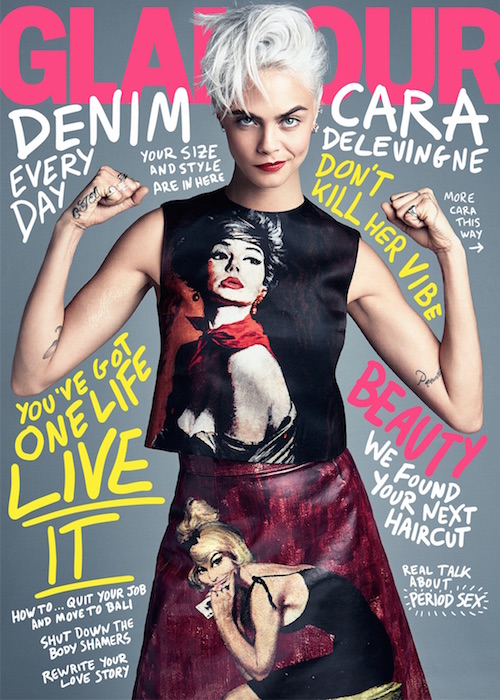 The Valerian and the City of a Thousand Planets star (in theaters July 21).

More on Glamour, issue out in newsstands july 11.

CATCHING UP with CARA DELEVINGNE commentary by Brigitte Segura.