Shoe designer Stuart Weitzman was behind the making of a fashionable short film directed by actor (and so much more) James Franco. The “Walking After Midnight” film series was released in its entirety via the brand’s Facebook page, the result was captivating. The Patsy Cline song of the same name was made more modern by the band Girl in a Coma, whose sound helped set the stage for the sexy and playful small screen debut for which the ‘80s film Mondo New York served as an inspiration. 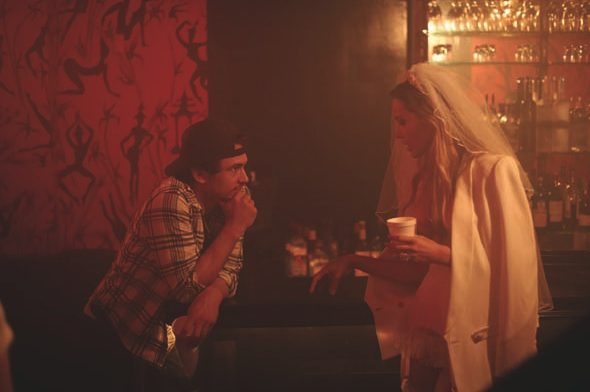 The short features supermodel Petra Nemcova rocking Stuart Weitzman stilettos and boots as she strolls along New York City’s chic downtown scene. With stops at Le Baron nightclub, Peels restaurant, the Hole gallery, and Freeman’s Alley, Weitzman’s woman is captured with confidence in every stride. To celebrate the release, Stuart Weitzman is holding a contest called Win and Walk On! with six Facebook VIPs getting to step out in their favorite pair from the film. Start sauntering with sass, check out http://bit.ly/WalkOnSW to enter. Written by Sarah Freiseis.

about Stuart Weitzman: The high-end footwear label Stuart Weitzman is sold in over 70 countries. When he was in his 20s, Weitzman began designing shoes for his father’s business, Seymour Shoes. Stuart and his older brother, Warren Weitzman, took over the business, but then sold it to a company in Spain in 1972. Stuart continued to design shoes for the company during that time and then in 1994, he bought it back but still has his shoe designs manufactured Spain. more info: StuartWeitzman.com

other photos: behind the scenes with James Franco filming Walking after Midnight for Stuart Weitzman