Patricia Field has a Swim-sational disco soiree roof-top NYC… just in time for the release of SEX and the CITY 2 Friday May 28, 2010  by  brigitte segura..

Hot off the world premiere of Sex & the City II at Radio City Music Hall on Monday and her New York Women in Film & Television’s Variety Ensemble Award, Pat wowed the crowd with the launch of Patricia Field/House of Field Eyewear, Swimwear and Beach Towel collections“Designing Women” . Sex And The City 2 Soundtrack 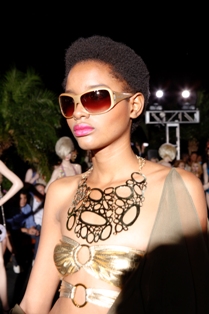 the photos say it all… 18 looks with HOT swim + sunglasses featuring House of Field by David Dalrymple, Ivana Sert (SATC) and The Blonds+ interactive Ippolita glowing golden jewelry, sponsored by the world gold councilThat’s gold jewelry on a tanned body!” said Patricia Field. “Ippolita appealed to me to pair with swimwear, because it is at once classical and modern.” 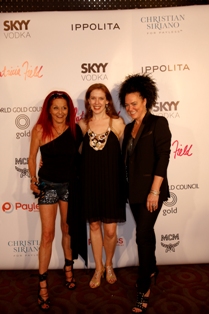